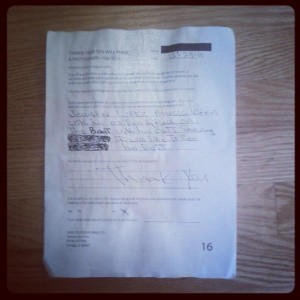 When I attended the opening of the Tamms Year 10 project at SAIC’s Sullivan Galleries earlier this Fall, I was blown away at the extent of research and action artists and activists have been involved with regarding the closure of the utterly inhumane TAMMS supermax prison. Furthermore, the Chicago Torture Justice Memorials project has done an enormous amount of work publicizing the under-reported and heinous instances of police torture occurring here in Chicago over the past 30+ years, particularly under the authorization of former CPD officer Jon Burge – who has since been charged as a felon, but to a light sentence of 4.5 years after decades of systematically abusing and torturing inmates.

Needless to say, the entire presentation was harrowing and disturbing and enraging, but it’s also an admirable testament to the dedication and nuanced, thoughtful, and complex hard work of the selfless artists, activists, community members, and legal professionals involved in the project – particularly Laure Jo Reynolds, and the team behind CTJM, including artists A. Laurie Palmer, Kevin Kaempf, Mary Patten, Amy Patridge, Sara Ross, and Ellen Rothenberg.

Anyhow, for my own miniscule part, I picked up and completed one of the many Photo Requests from Solitary assignments visitors could enlist to complete. I actually picked up three, but was notified that one of the inmates for whom the request would be completed had been released (hurrah!), and I was sadly unable to complete another assignment having to do with downtown Waukegan due to travel conflicts – but was assured that the assignment had been completed by a number of volunteers. Anyhow – my assignment (as shown in the photo above) brought some instant levity, familiarity, and humanity into the exhibition (for me) due to it’s request;

“Jennifer Lopez music video with her ex Ben Affleck on the boat with her butt showing. I will like to see her butt.”

Being a complete MTV kid, I instantly knew which music video this person was referring to, and could visualize the hot pink bikini of J.Lo’s with great clarity! This bikini, and boat ride, and BUTT, had made a shared impression on us both, and I somehow felt that the request really located the inmate in a place/generation/habitat I could relate to. I liked that the request was SO specific, and so pleasurable, like all sudden flashes of sexy/erotic/pervy/whatever imagery we recall or conjure from our past fantasies, experiences, and longings. Anyhow, I know that’s all getting super poetic and over-blown about the whole thing, but it really struck a chord with me, and I’m so happy to have contributed this one thing to the entire, incredible project.