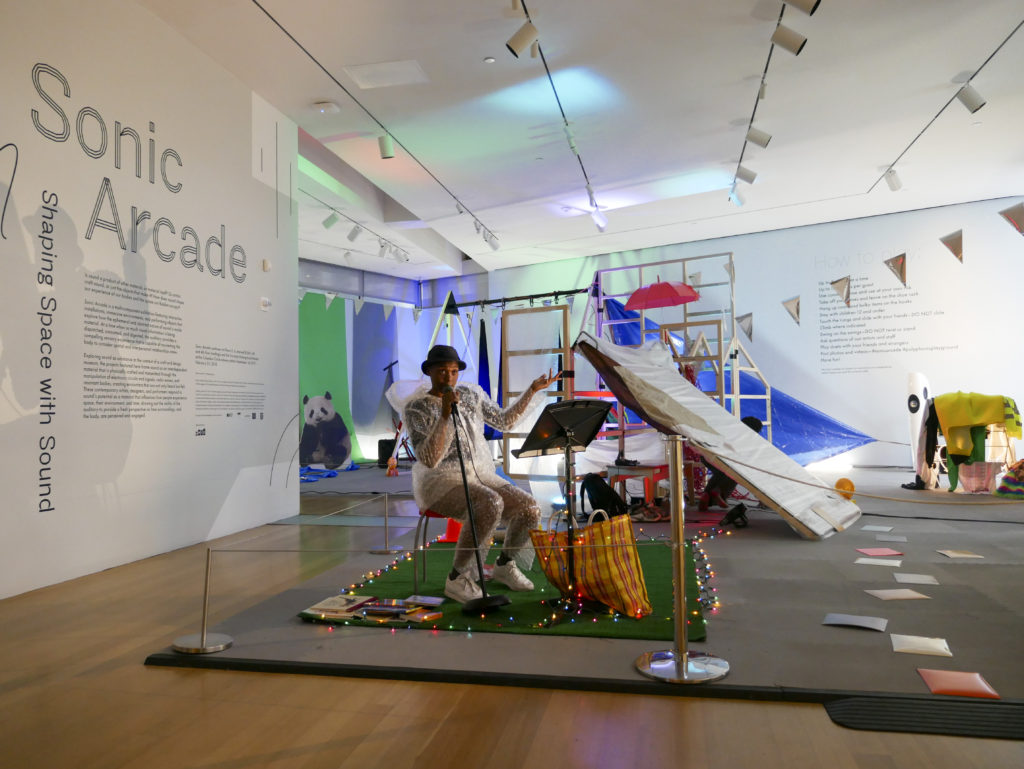 Utilizing an array of lights, audio effects, props, costumes, and toys, NIC and their fellow performers will intervene in MAD’s second-floor gallery, producing a visual and sonic installation that doubles as the “set” of a children’s TV variety special. Influenced by the potential of sound to act as a conduit for collective memory, Polyphonic Overground explores such themes as childhood and failure.