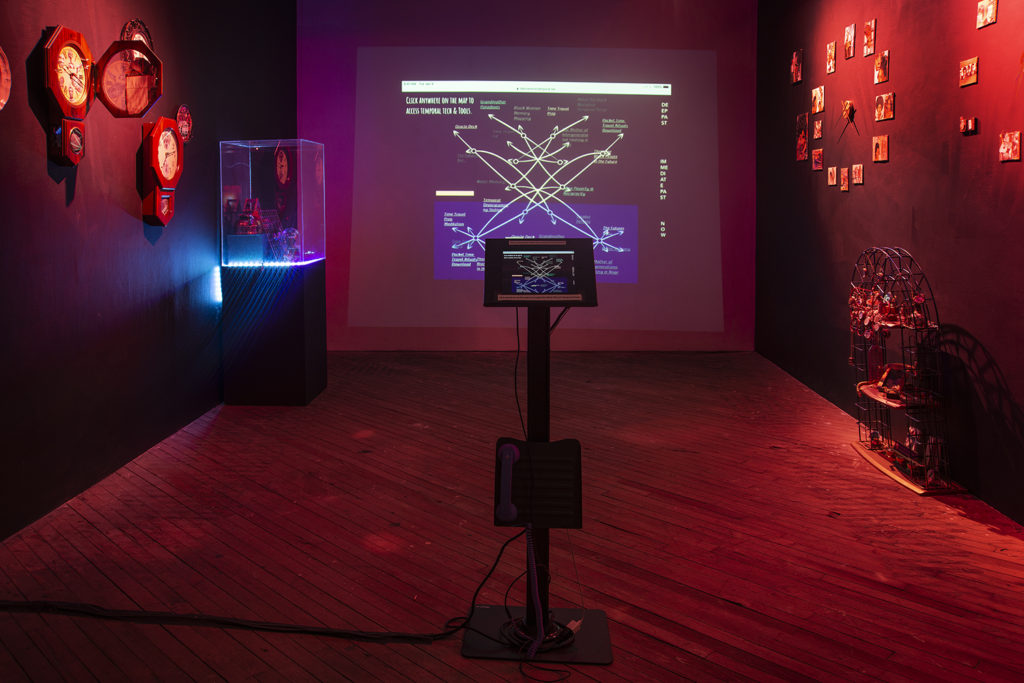 About The Exhibition
Time emerges from timeless degrees of freedom, creating conditions by which Afro-descendants can collapse all eras, instances, and possibilities for Blackness across time and into the present, borrowing freely from any temporal dimension. Through an examination of the Unknown, and Black/Afrodiasporan ritual temporalities, Black Quantum Futurism (BQF) will activate portals, shadows, and black holes as sites of re-memory, future memory, and temporal liberation.

The exhibition contains a preview of works-in-progress, including BQF’s Black Womxn Temporal Portal (The Future(s) Are Black Quantum Womanist), a project that begin as a protest statement against limited conceptions about what “The Future is…” that dis-includes Black womxn, femmes, and girls. Considering the unique, intersectional temporal experiences of Black womxn, femmes, and girls and the ways in which we are being actively erased from the objective, linear future, this text, sound, and image series is part of a nonlinear timescape/tapestry/temporal map/toolkit preparing us for the Black quantum womanist future(s). The exhibition will also include the second chapter of ShadowGrams, which first premiered at The Kitchen Gallery (NYC) in 2018. ShadowGrams questions what it means to “See into the Darkness Without Seeing the Dark.” The work features projection, poetry and sound that work in-tandem to illuminate a past unknown in order to create portals inward, towards self.